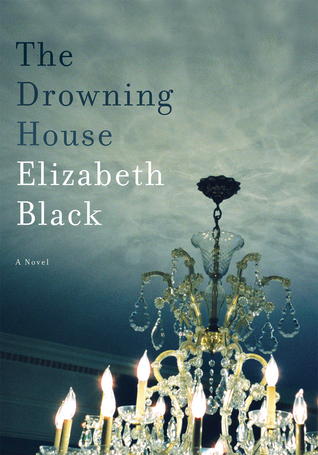 “…the past wasn’t always nice.” He paused. “But isn’t that what we all do?  Rework our history?  Most of us keep to the basic facts.  But we improve on them, cast them in a better light.  We back off just enough to be comfortable.  I mean, who would want to remember what it was like to be an adolescent? The awful details.  To live with that knowledge on a daily basis.”

The Drowning House opens with Clare Porterfield leaving the DC area for Galveston, summoned by the charismatic Will Carraday in order to create a photographic history of the Carraday mansion.  Her attorney husband stays behind, the excuse being a large case to prepare, but both Clare and Michael know the marriage is over.  Their six-year old daughter died a year prior and Clare has only just begun to break out of the shell of grief engulfing her.

Returning to the Island where every inhabitant is given the designation of either BOI {Born on Island} or LIO {Living on Island} or worst of all: tourist;  reminds Clare of the veil of secrecy imbuing the very fabric of Galveston ~ where everything is not as it seems and no lie is to big or small to tell in order to hide the truth.  When Clare uncovers the truth to both Stella’s life and her own past, her world is upended in ways unimaginable.

He was a serious man, my father.  He used to say that the heart is a muscle, gristly, resilient.  A diagram on the wall of his study showed how its valves opened and closed.  Red and blue arrows with sharp points indicated blood coursing through.  And even though I knew better, I couldn’t escape the thought that perhaps feeling flowed through those openings too.  That the arrows with their points explained why sometimes it hurt.

I had difficulty with a few of the story threads in The Drowning House.  It was almost as if the story were being told underwater, in a garbled, wavy not quite clear manner.   The reasons for Clare leaving her home {after a year of agoraphobia} to travel to Galveston were left somewhat ambiguous.  I knew she had a photography job but that part was never fully developed.  Also, Clare spends the first hundred pages seeking a long lost love and yet we are constantly told what a small, close-knit island Galveston continues to be and the long lost love nowhere to be found ~ that part didn’t make sense to me.  A minor character is introduced and shares critical information to the progression of the plot; however, his personality and character are never fully fleshed out.

The surface of the bay was broken only by the creamy trails of pleasure boats.  Overhead, clouds hung huge and motionless as mountains.  I saw nothing that would have been out of place in a travel brochure.  Nothing to explain the feeling I had, like the one you get when the roller coaster leaves the loading platform and starts to move slowly, inexorably, up the first incline.  For this was the Texas Gulf coast, the soft, sinking-down edge of the continent, and there wasn’t a real hill for miles.

But the writing style?  Luscious, richly woven tapestry of privilege and the sacrifices we make in the name of love.  Such evocative use of words that open up Galveston as a main character, making me want to jump in my car and drive there getting lost in the atmosphere.  The writing style made up for the plot deficiencies and in actuality, I felt the novel was written in such a way to evoke the feeling of the vagueness of memory and how some memories are simply illusions our mind creates to survive.  The murkiness, the underwater feelings all seemed warranted and ruled by Clare’s faulty memory.  Thoroughly enjoyed but wish I could ask the author certain leading questions regarding plot!  Recommended with a bit of reservation.

Many thanks to Doubleday and NetGalley for the complimentary review copy.