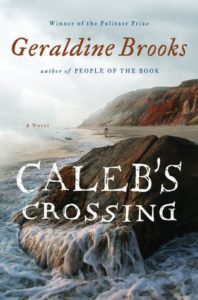 For our last book club meeting {the one I’m in with my daughters ~ we don’t have an official name other than “book club” pretty original, huh?} we read Caleb’s Crossingby Geraldine Brooks.  This is the same Geraldine Brooks who won the Pulitzer Prize for March in 2006.  Caleb’s Crossing is her most latest release, published in 2011.

I held it out and Caleb took it. This was the first book he had held in his hands. He made me smile, opening it upside down and back to front, but he touched the pages with the utmost care, as if gentling some fragile-boned wild thing. The godliest among us did not touch the Bible with such reverence as he showed to that small book.

Caleb’s Crossing takes us on a journey through the life of Bethia Mayfield, a young Puritan girl desperate for an education denied to her because of gender.  As a child she wanders the island of Great Harbor learning its secrets and gleaning every bit of knowledge it can give.  Set in the mid-1600’s Bethia secretly befriends a young native indian of the Wampanoag tribe.  Caleb is the son of the chief while Bethia’s father is the local minister attempting to convert the Wampanoag tribe to Christianity.  While Bethia and Caleb struggle to keep their individual identities they also confront the differences of each other’s beliefs in life, God, and man.  As Bethia yearns for the education denied to her, Caleb actively seeks the “white man education” while suppressing his own upbringing and beliefs.   Many in the community believe the native indians to be savages and unable to grasp the concept of one God, including Bethia’s own brother, Makepeace, who invariably causes problems for Bethia most of her life.  But as Pastor Mayfield teaches the natives it is the natives who teach Bethia.

One of the major themes of Caleb’s Crossing is Christianity, spirituality and the acceptance, or lack thereof, of differing belief systems.  Sin and the nature of sin is a primary theme as well ~ after Bethia drinks a potion of the Wampanoag tribe she believes every bad thing that occurs afterward is because of her “sin.”  She truly believes she is going to hell and that God allowed the bad things to happen in order to punish her sinful nature.

Only one god. Strange, that you English, who gather about you so many things, are content with one only.

A novel perfect for book clubs with discussions to be had about how far our society has come in accepting and allowing women the same rights as men; i.e. ~ education!  Religion and spirituality are two key discussions ~ which culture was right in their beliefs, the Wampanoag tribe or the Puritans?  And what about the stories the Puritans shared with the natives in an effort to convert them? The stories of Moses and the parting of the Red Sea or Jesus fasting in the wilderness for seven days ~ how much more fantastical would those stories be to someone of a different culture whereas the flip side is the beliefs and stories of the Wampanoag tribe. . .whose to say which was right?

..I thought it all outlandish. But as I rode home that afternoon, it came to me that our story of a burning bush and a parted sea might also seem fabulous, to one not raised up knowing it was true.

A character-driven novel based on the true story of the first Native American to graduate from Harvard, Caleb Cheeshahteaumauk, a member of the Wopanaak tribe from what is now Martha’s Vineyard.  Geraldine Brooks has the ability to transport the reader to the Great Harbor/Martha’s Vineyard of the mid-1600’s with prose that is as engaging as it is profound.  Highly recommended, especially for those who enjoy literary fiction, controversial subjects and historical settings.

Have you read Caleb’s Crossing?  Did you find the spiritual aspect of the novel to be engaging or did it turn you off to the book? What about the education theme and the denial of basic rights to women during the early days of colonial America?  All the women in my book club are pretty well educated and the thought of being denied even a basic education outside of cooking and cleaning was enough to get us agitated! 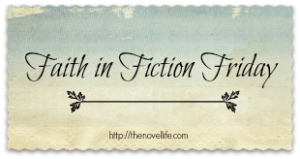